The Rise of the Humble Leader

When you think of the qualities of a great leader what comes to mind?

Most of us would think of Strength, Boldness, Confidence or maybe even Courage.  While it’s true that these attributes are often found in leaders, there is a growing theory that another trait could be more important when it comes to being a good leader.

There are a lot of misconceptions when it comes to what humility means, especially when considered in the context of a cutthroat business environment. Many see humility as weakness, that being humble means being timid, lacking ambition and lacking confidence. In reality, it takes great confidence to admit your shortcomings and go to others for help particularly when you are in a leadership role.

Carey Lohrenz, military aviation pioneer turned leadership speaker, believes “A humble leader lacks arrogance, not aggression”. You can still be a risk-taker, motivator and innovator while remaining humble, the terms are not mutually exclusive.

So what is humble leadership? It doesn’t just mean a billionaire CEO who drives a Honda Fit, or a prime minister who mops his own coffee spillage.

What makes a Humble Leader?

It is difficult to restrict humility to a one sentence definition because there are so many behaviours that tie into what makes a leader humble and effective. I have collated a list of 10 altruistic behaviours that could benefit leadership performance:

Servant leadership is a concept popularised by Robert Greenleaf in the 1970s which supports the notion that the main goal of a leader is to serve their team.

It is key to know when to reach out to those more capable, being able to delegate effectively is a sign of a competent leader. Taking on challenges you’re unequipped for will cause quality to suffer.

Although we know deep-down that constructive criticism is very useful it can still damage our egos. Humble leaders not only listen to feedback from others, they encourage it.

Having an idea of how you are perceived as a leader can help you identify blind spots and work on areas that could be improved. It is so easy to fall into a routine where you feel you don’t need to improve anything. Making a concerted effort to identify and further develop your skills can improve your ability as a leader.

If you overplay your abilities you may come across as arrogant and narcissistic, being truthful to your colleagues and direct reports will not make them think any less of your authority.

Being truthful will make others feel comfortable being truthful towards you. Co-workers will be more likely to ask for help when they need it instead of secretly trying to fix mistakes haphazardly.

Let others know when you think they have done a good job. Praise and acknowledgement goes a long way for employee satisfaction and motivation.

As cheesy as it sounds, looking at mistakes as opportunities to improve does have merit. Sometimes the biggest strides forward come after a step backwards.

Modesty goes a long way, no one likes being made to feel inferior.  Actively lowering your own status a bit will foster a more inclusive and safe company culture without underselling your attributes and achievements.

Showing an openness to new ideas and information, listening instead of always talking. Encourage others to realise than everyone can learn from everyone else and that just because you’re a leader doesn’t mean you always have all the answers, the best answers can often be found through collaboration.

While we aren’t suggesting all of these behaviours are found in every great leader, there is evidence humble actions produce positive results. Google’s Laszlo Bock explains why humility is a key factor in their hiring process:

At ODRL we’ve recently added humble leadership as an optional key competency across our organisational services. Research shows humility in CEOs led to higher performing leadership, increased collaboration, cooperation and flexibility. Jim Collins found that humility was identified as a common trait in CEOs who transitioned their company from an average market performance to a superior market performance.

You can contact us about 360° feedback tools (Or other bespoke services) here or follow us on social media for the latest updates about organisational development solutions that can take your business to the next level. 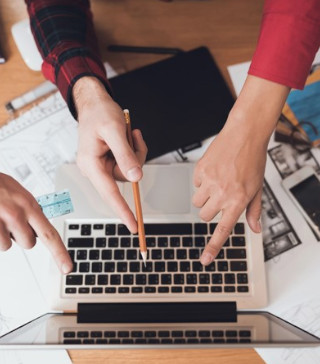